One of my favorite photos is “Umbrella jump” by american photographer Elliott Erwitt. This picture was made in 1989 for the 100th anniversary of the Eiffel Tower. The author, in his usual ironic manner, captured the poetic image of a rainy Paris, loving couple whose umbrellas breaks a gust of wind and the man jumping over a puddle (which is an allusion to a masterpiece by Henri Cartier-Bresson “Derriere la Gare Saint-Lazare“). 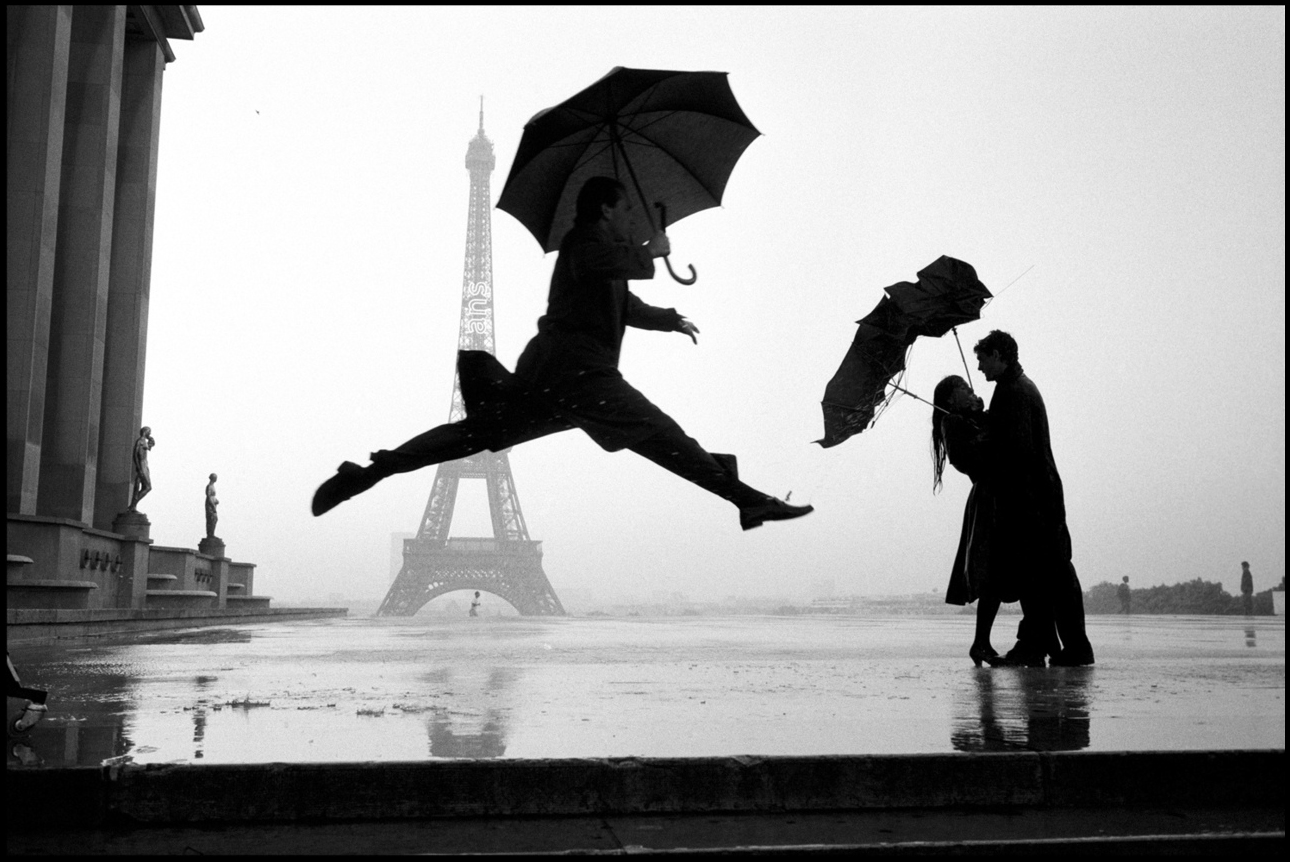 Interestingly, in the web you can find two variants of this picture. In the second frame the man jumping in the opposite direction. At first I came across a second photo: